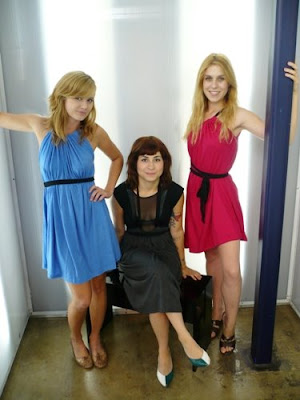 I used to hate the Le Sac dress at American Apparel. You know, that huge sheet of fabric on a string that you walk by at the store and go, “How in God’s name…?”

I used to glare at it and curse it, and occasionally throw it on the ground while trying it on. I would watch the instructional videos of all the different styles to wear, somehow get caught lopsided in the dress, and end up crying and feeling extremely defeated by a large piece of cotton.
In my mind I thought the dress would serve a better purpose as a tent. There was no reason why one should have to think about how to put on an article of clothing! None! I want to be brainless while putting clothing on in the morning.
Then the other day, a friend walked me step by step through a couple of different styles.

A light bulb went off.

This sh** is easy!
And it looks super cute too!
Ever since then I’ve been a Le Sac machine; changing into a different style every two hours. Who needs a stylist when you can constantly reinvent your own dress?
Here are a couple of different styles you can try.
The Grecian– take the non-open-ended side of the string and put it up on one shoulder. Take the open-ended side of the string and tie it in a knot under your opposite armpit. Does that make sense? Wow, this shi** is a lot harder to describe than thought. So now you have two strings hanging below your armpit. Twist them together to make one string down to your hip. From your hip, pull them apart and pull around either side of waist. Wrap around once or twice and tie in the front or back. 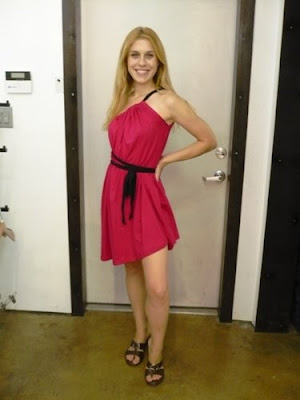 The Classic– do the same steps as The Grecian, except instead of tying the open-ended side under your armpit, do it on top of the opposite shoulder. You get what I’m saying? Just look at the picture!
By the way, that’s Emily, isn’t she adorable? She’s taken though. Sorry boys. 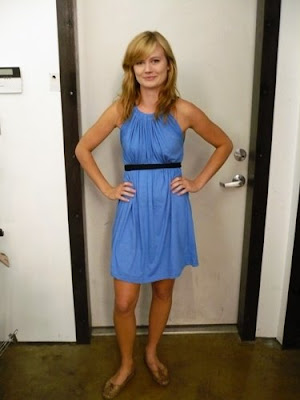 The Jumper– I actually have no idea how ChaCha did this one.
You’re smart. I’m sure you can figure it out.
And this is ChaCha. She’s too f’ing cute for words. 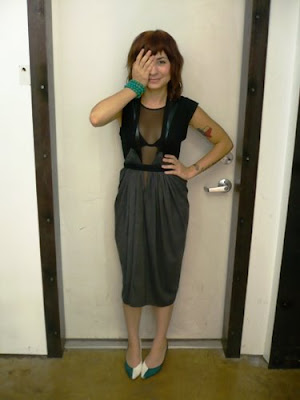 The No Name– I’m sure this has a name because this style appears on the style cards in the store. Beautiful Jannine showed me how to do this one the other day. I like it because it makes my boobs look big. 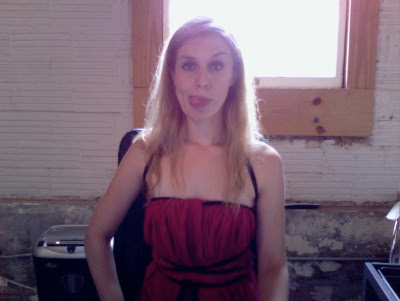 The cool thing about the Le Sac it’s only $38 and comes in almost 30 different colors with different string variations. They also sell the Le String separately so you can switch it out if you’d like. I’ve gotten so many compliments with this dress I can’t even count anymore. You should get one. You’ll get compliments too.
Don’t you want compliments?
July 2, 2009 by hipstercrite 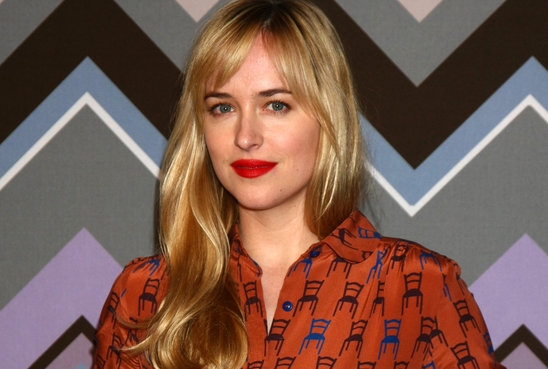