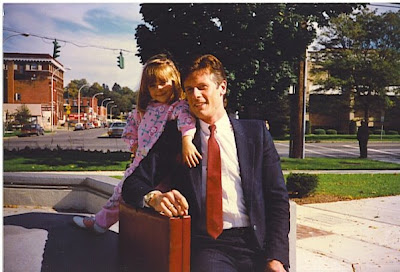 Ok, if you aren’t my father, you can continue reading…

NO! NO PEEKING DAD. GO READ SOMETHING ELSE! HERE, LOL CATS ARE COOL. GO TO THAT SITE INSTEAD. IT’S A BUNCH OF CUTE CATS WITH FUNNY CAPTIONS. YOU LIKE THAT SORT OF STUFF.

So, I get a Facebook message from my father the other day telling me that he’s defriending me on Facebook (which he has yet to do). Actually his words were, “I’m cutting you loose”. He wasn’t specific on which way he was cutting me loose. For all I know, he could have been trying to tell me that he was sailing to Marlon Brando’s island out in the South Pacific and I was to never hear from him again. I found out later that he meant Facebook, when my Mother, called me concerned.

“You father called me.”

My parents have been divorced for seventeen years, so when my dad calls my mother, it’s usually because he’s worried about me and doesn’t know how to handle it.

“He’s distressed about your current mental state and he’s defriending you on Facebook.”
“Why? Because of the Prince’s pubic hair story I posted?”
“Yes. I told him, “Karl, she has her own life and this is how she writes and it’s better if we don’t read it.” And I told him that you embellish anyways.”
“Of course I do! I’d say about 72% of what I write is the truth.”
(For example, this is not entirely how the conversation went. This conversation generally happened, but the exact language was not used. For example, my mother would never say, “He’s distressed about your current mental state.” That makes her sound like a former guidance counselor or therapist, which she, thankfully, is not.)
GOSH DANGIT, DAD. IF YOU’RE STILL READING THIS, STOP!
So my Mom and I continue the conversation about how my twenty-something lament has been upsetting my father. Then, I air that my father’s new life as an actor in Los Angeles has been upsetting me for reasons that I’m still not quite sure of.  I get off the phone with my mother and think, “This is a really fucking stupid ass problem.”
So, let me dissect this here….
My mother calls me to tell me that her ex-husband, my father, is mad at me for being twenty-something and miserable and writing about things like pubic hair, while I’m mad at my Dad for pursuing a career in one of the most vain professions ever created, in the most vain city in the world.
Wow. If this is the worst of my problems…
Sigh…
My father just sent me a really amazing email.
He explains that though he’s defriending me on Facebook, it’s not because he’s mad about Prince’s pubes or my lament. He loves me more than anything and just realizes it’s better if he doesn’t know certain things.
OK, POP, IF YOU’RE STILL READING THIS, I LOVE YOU MORE THAN ANYTHING AS WELL. THANKS FOR BEING AN AWESOME, DAD.
*On a similar note, Heather Armstrong (www.dooce.com) will be speaking at Book People on Wednesday, April 8th at 7PM. She will be promoting her new book about pregnancy and depression, entitled, “It Sucked Then I Cried”. However, I REALLY like the title of her previous book, “Thing I Learned About My Dad: In Therapy”.
April 6, 2009 by hipstercrite