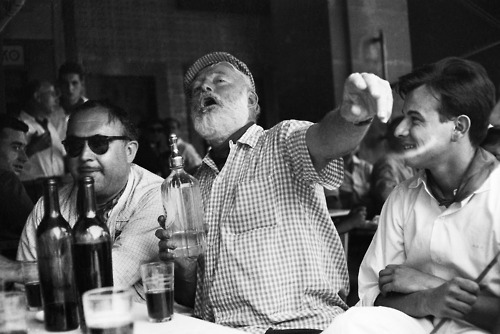 Because of that, this post is spawned from the fact that I spent most of yesterday morning barfing up the Janis Joplin– hemp seed veggie patty, Tillamook cheese and avocado- at Austin’s beloved burger spot, Hopdoddy. I had three drinks of tequila and my body was all like, “WTF is this stingy crap going through my veins?” and decided to violently discard whatever it could find resting in my body which was mostly seeds and nuts. Lemme tell you, seeds and nuts feeling like freakin’ barbed wire travelling up your windpipe at the speed of sound. Between the liquor and the texture of the nuts, it feels like someone taking a Brillo Pad and going, “Scrape, scrape, scrape! Wee, wee, wee!”

When you get out of the habit of drinking, things like instant naptime or ralphing are common.

I never was a big drinker to begin with.

Considering I come from a family of non-drinkers that have the ability to drink two sips of wine and then laugh for five minutes while they try to find their belly button, drinking to get shitface or blacking out was never a goal or desire. I can probably count on both hands the number of times I’ve thrown up from drinking alcohol in my adult life. That’s not to say that I didn’t have a temporary dependency on alcohol when I first moved to LA due to my difficulty coping with my new found freedom, job and lifestyle. I spent many evenings hiding in my bedroom drinking until I got tired, taking pictures of myself drunk and writing the most emo and embarrassing “WHY WON’T SOMEONE HOLD ME?!?” journal entries over and over.

I was 21 and LA was the first place I ever drank. Yes, I was one of those nerdy assholes that didn’t try alcohol until she was legally able. I shit you not, I was sitting at a table next to my Academy Award-winning actor boss, Lindsay Lohan, Wilmer Valderrama, the Olsen twin who wasn’t in rehab at the time, a recently dumped and very Charles Mason-looking John Stamos and a couple of my boss’ business associates/friends. We were crammed at a private table at a restaurant owned by Ashton Kutcher and Demi Moore and I had absolutely no clue why I deserved to be there. Everyone was drinking and I tried to slink as far under the table as I could to be invisible. Everyone was having a blast, except for John Stamos who was talking about spending his days sadly fishing off his balcony and wanting to date twenty year-olds because they’re not jaded, and myself. I was not drinking and felt extraordinarily uncomfortable. It was that night that I decided I must learn to drink if I was going to work in the entertainment business. That opened the flood gates to finding a nice, cozy dependency at home when the goings got tough in the City of Angels.

My drinking at home alone tied directly into my unhappiness with my job and life and I wasn’t too worried about my behavior for I knew it would pass once I came out of my self-indulgent early twenty-something “WHAT DOES IT ALL MEAN?!” phase. After moving to Texas I drank less and less, though I discovered that more people drank socially in Austin than in Los Angeles. For the first time in my life, I felt an unspoken peer pressure to drink socially because beer essentially grows on trees here in Austin. I tried to learn to drink more in public and I also learned to drink beer, but I found myself not enjoying my time out because so many people were loaded. How many DWIs people had were a common and casual topic of conversation and drinking until 3 or 4 on a Monday night was natural. Everyone is entitled to their own life, but that lifestyle was not me and I didn’t want to pretend that it was. Since then I rarely drink which has become a thorn in my side at times. I’ve actually been told by a former boss that he didn’t “trust me” because I wouldn’t drink margaritas with him during a business lunch. I often find myself not able to let loose and enjoy myself in certain social situations that involve loud music and large crowds. I know that if I drink in these sort of social situations, I would chill out a bit, but these days, I’m just not feeling the booze anymore. The fear of looking like a uptight turd overwhelms me and I decide to go home.

I didn’t stop drinking because of the previously mentioned scenarios. I simply stopped drinking because I didn’t like the way it made me feel. I’m a sleepy drinker so it can become problematic when I’m out with friends and I find myself wanting to curl up like a cat on someone’s lap.

I’m also no longer 21 and happy with my life and who I am.

A friend once suggested that maybe I don’t like to lose control of myself. I was a little miffed at the comment, but I think he may be right. It’s the same reason why I never have and will probably never do drugs. Wanting to be successful at something for my entire life, I’ve found that giving myself over to a stimulant or depressant that alters my brain for a certain amount of time is only a hindrance. Believe me, I wish I could be as romantic and messed up as Bukowski or Hemingway. But alas, I’m stuck as the teetotaler who occasionally throws up vegetarian burgers.