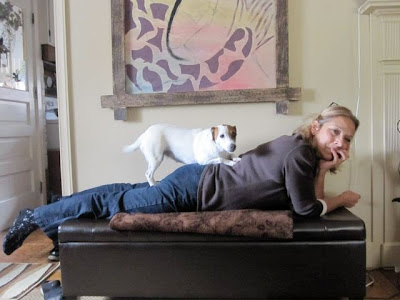 Today I was going to post a guide to Postmodern Tourism, but decided instead to talk about my Momma.

I grew up an only child with a single mother. My Dad left when I was a little girl. Heartbroken that her family fell apart, my mother did her best to raise me alone. She brought home poverty level earnings from my grandmother’s clothing store on a dying Main Street, but working for the family afforded her time to pick me up from school and attend every band concert, soccer game, and play. If it was difficult for my mother, I did not know because she made sure I didn’t see it. The few times she cried, I yelled at her. My mother was to be a stoic pillar and nothing else. Mothers are not human- they are better than everyone else- and admitting that my mother was human was not an option.

My mother grew up in the picture perfect middle class 1950’s home. Her father was a handsome engineer and her mother, a beautiful owner of a thriving women’s clothing store. Carl was distant. After coming home from the war we went to bed early and didn’t share his thoughts. His significantly younger and outgoing wife dealt with this as long as she could until one day she left him. My mother was in her freshman year of college when the news came and her father sent her letters confused as to why my grandmother left him. Not long after he died. A stroke at 60 years of age. My mother has never told me how she felt about her parents divorcing or her father dying. Maybe her father was distant enough not to make her feel close. Maybe this bothered her more than she ever told anyone.

Coloring inside the lines has not proved exciting for my mother. Though she is happy and content, she lived the life she thought people wanted her too. She forgave an education at FIT to help her mother run the family business. She got married at 27 and had a child at 33. Her mortgage is paid off and her bills consist of groceries, utilities, and food and toys for the Jack Russell Terrier that quickly filled the empty nest. Brenda has been safe her entire life and at 60 years of age she wants a change. She’s bored. She wants to be closer to her daughter and her daughter wants to be closer to her. She wants to travel the world and go to art galleries and museums and natural wonders. She wants to be stimulated and she deserves nothing less.

Mom, I wish I was there with you this Mother’s Day. I wish I was there to spontaneously grab lunch with you, to help you take Grandma and Lionel to the doctor’s, to take walks around the neighborhood, to go shopping, or to sit by the edge of the pool and talk about everything. I wish I could take you across the world to meet interesting people and to try unique foods- even though you probably wouldn’t try half of it. I think about you every day and I want you to know that even though I’m 27 and still fight back when you tell me to do something, or snap at you when I’m in a bad mood, or tell you’ll I’ll call you right back and don’t until the next day, you’re the most important person in my life and I thank you for making me who I am. I’m proud to be your daughter.

MomMommamotherMother-daughter relationshipMother's DayThe Story of My Mother
May 6, 2011 by hipstercrite