I always loved the nerds. Geeks. Squares. Hell, my grade school boyfriend was named Emerson R. Avery III. You know what he wanted to be when he grew up? An archaeologist. You know what he is now doing for a career? Archaeology.

When my eight year-old self wasn’t daydreaming about Emerson digging in the desert Indiana Jones-style, I was lusting after Doc Brown, Egon Spengler, and Ian Malcolm. If you wore a lab coat or had thick glasses I wanted you. Badly.

Much hasn’t changed since those days of awkwardly positioning Jeff Goldblum’s action figure to straddle my pillow at night, except for discovering that I’m not alone in my sentiment for the intellectual/book-worm/only-have-had-sex-with-Dana-Scully-blow-up-doll type. In fact, since folks like Will.i.am and Justin Timberlake started rocking the nerd look, items like horn-rimmed glasses, cardigans, and bow-ties are considered the rage in men’s fashion.

So in honor of the guys who have 20/40 vision and relate better to insects than human beings, here is my list of dudes I’d like to bone while wearing a Princess Leia if I have to. 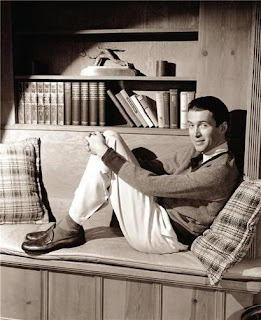 1.) Jimmy Stewart– The King of all dweebies. With his long, lanky stature, nervous stutter, and leading man looks, Jimmy Stewart was the patriarch of sexy nerdiness. He could make you feel both uncomfortable in conversation and safe in his dominating 6’3″ presence. He may not have acted confident in conversation but he was a former cheerleader, so I’m sure he knew how to yell.

– Stewart liked painting model airplanes instead of talking with his children. 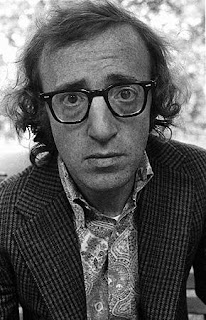 2.) Woody Allen– Quite possibly the text book definition of nerd who done good, Woody Allen not only boasts a career as a director/actor/writer that spans six decades, he also nailed some of the finest coochie this side of the world. Diane Keaton, Mia Farrow…well, that’s about it. With the stature of a miniature horse and a mug like a perpetually surprised Jewish bull terrier, Allen truly should win an award for making relatively normal and good-looking people aspire to be as neurotic and unfortunate-looking as he. 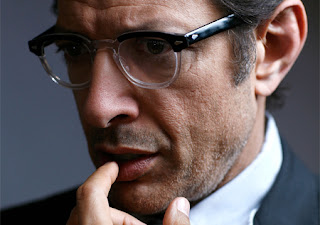 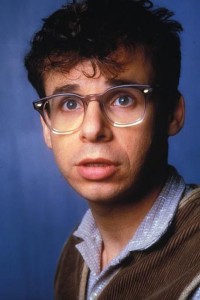 4.) Rick Moranis– Ok, there really isn’t anything sexy about Rick Moranis, but something about his diversity in films roles and baby cheeks just makes him adorable. Who doesn’t love a guy that can go from playing a Canadian redneck alcoholic to demonized New Yorker accountant to romantic lead in a musical to non-threatening villain all in the span of ten years? At only 5’4″, Moranis is the sort of guy you want to keep in your pocket and have him sing songs about suddenly standing beside you.

– Moranis released a country album called The Agoraphobic Cowboy in 2006.

5.) David Byrne– Asperger’s, singing about intimate objects, wearing clothes that don’t fit, and weighing as much as a a prepubescent girl are all factors that make David Byrne one the greatest specimens of sexy nerdy. Byrne’s favorite past-times include photographing furniture, getting drunk and falling off his bike, and making turkey Jell-o molds.

Nerdiness fact– Where do I begin? After the birth of his daughter, Byrne kept the placenta in a jar in the fridge. I’m not sure if that is nerdy or just gross.

Who is your favorite sexy nerd?